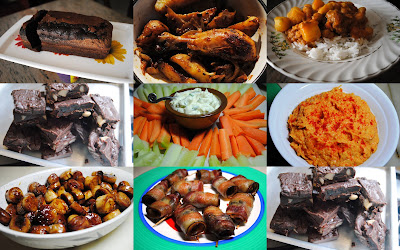 This New Year's Eve was the third consecutive year we stayed home - After many, many years of partying the night away from home.  2008 saw our dear friends from Chennai spending New Year's with us, so we had a great time with them. Then hubby was diagnosed with swine flu on New Year's Eve last year, so that was a very quiet New Year's Eve dinner. This year too, we decided we didn't want to be driving around Delhi in the fog; also since Christmas vacation began, our daughter had been staying up later than usual and we thought it would be so much nicer to have her up with us as well, now that she is older.
So we planned to have dinner with some friends - our neighbours from upstairs and another couple of friends who live down the road, came over. It was a lovely evening - great conversation, excellent company, wine and music and a sit-down dinner to complete things.


The menu came together just the day before for me - a combination of things I had in my mind for some time - they fitted together very well. For appetizers there was -
Bacon Wrapped Dates   - A lovely mix of sweet and salt flavours - seedless dates wrapped in strips of bacon, held together with a toothpick and then roasted in an oven at 180C for about 25 minutes. Easy Peasy as my daughter would say. 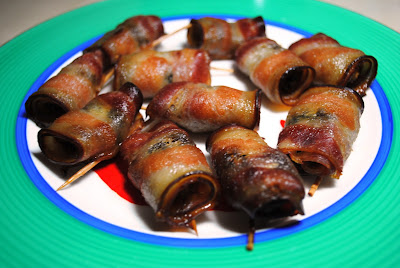 Crackers with a Roasted Red Pepper Hummus
This is adapted from Nigella's recipe in her book Nigella Express - it has the usual chickpeas pureed into a slightly grainy hummus, but with a twist in the form of roasted red peppers being added to the mix. Garlic, olive oil, lemon juice, salt and a dash of paprika powder make up the rest. 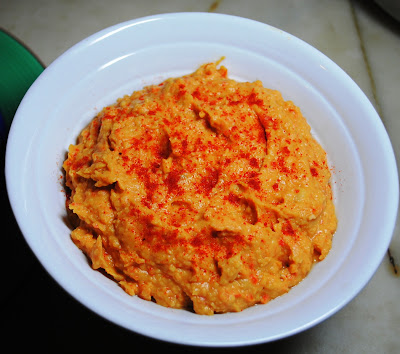 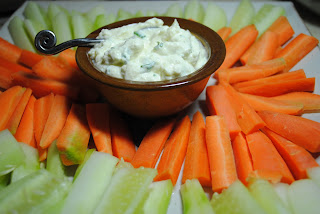 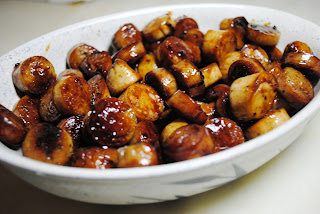 This is basically yoghurt, about 500ml, hung for about an hour or so and then mixed with salt, a tsp of chopped garlic and a tbsp of chopped coriander. Squeeze of lime if needed and sometimes a tbsp of cheese spread mixed in.

Another Nigella Express recipe - Sausages tossed in honey, sesame oil and soy sauce and then roasted for 40 minutes at 180C - I cut up the sausages though, instead of roasting them whole as in the recipe.


A from upstairs, brought a  lovely broccoli salad and I had baked this Rapid Light Wholemeal Loaf earlier in the day 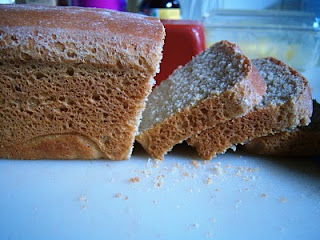 
The original recipe from Nigella, was supposed to have Chorizo sausages, I had some Chorizo salami which I thought I would add half an hour before it was done - but I forgot. Still good though, the flavour of the roasted onions mingled with orange zest marinated chicken was fabulous - a must try addition to your party menu, because it literally cooks itself while you spend time with your guests. 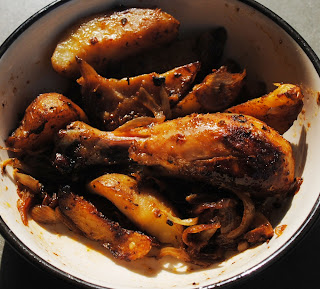 And a creamy Meatball Stew with Chickpeas, Sweet Potatoes and Pumpkin served over steamed rice
This stew is perfect for winter - it brings a touch of the Carribean summer and warms you up. Nigella's recipe had store bought "mini meatballs" - I made them from scratch using minced meat (lamb or goat mince is fine) mixed with bread crumbs, egg, oil and some herbs and spices. Make balls and then deep fry or bake. These were then simmered for about an hour and a half in coconut milk and stock along with chickpeas, sweet potato and pumpkin (in lieu of the butter squash in the original recipe). 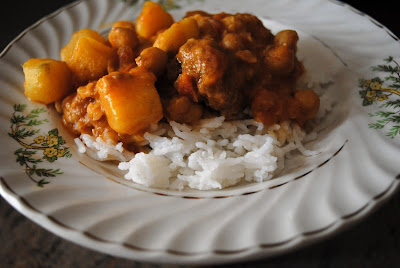 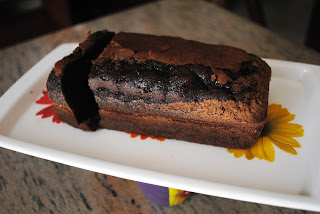 Now while, I did plan the Pudding and the Hummus - I have made the pudding before and the hummus is something I have been wanting to try - the Spanish Chicken and the Stew just came together at the last minute (especially the chicken which I made up my mind about only in the afternoon!) and it all turned out to be Nigella's recipes!! Truly, her stuff is eminently doable and so so hassle free. 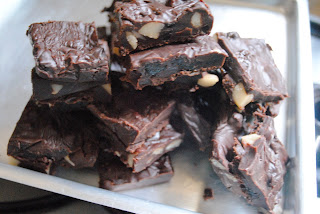 I also made some Chocolate Fudge for my daughter to have through her vacation - though mine had Macadamia Nuts and Raisins in it and she picks all the nuts out!

For any of the recipes, just mail me at peppercornmill AT gmail DOT com or leave a comment naming the dish you want a recipe for and I will be happy to mail it to you.

Maison de Cupcakes is hosting the first edition of a brand new event called Nigella Forever - this time's theme is centred around Seasonal Sensations  - "anything Christmassy, anything celebratory for New Year, do party canapes or even wintery comfort food for snow days".

This is an excellent spread Miri. Nigella would be proud of you. Happy new year to you and all at home. Hope you dug into the fridge later

Thanks K :) and the bowl of chicken you see in the pic? and some stew and rice - thats all that was left for the next day!

You have so much energy!

I have never imagined bacon and dates together!

wow thats quite a spread Miri. never cooked anything from nigella but love this chicken recipe. bookmarked.
between thanks for mentioning the links in my Ilish Paturi post. have updated the links.

What a fantastic selection! You must have worked really hard, I hope your guests all enjoyed it.

I especially like the red pepper hummus, so colourful!

Thank you for taking part in the first Forever Nigella! I hope to see you in future months!

Happy new year to you and your family Miri!Goodness what a yummy spread! Wish I could cook like you do!!:)

That is quite a spread Miri! I love, love, love bacon wrapped dates. And that Spanish chicken looks sooo yum! I think I will stay home for next new year's eve too, been partying too much lately :)
Happy new year to you and yours!

Thanks Sra and Sayantani, Sarah and Sig :) And Sarah - as the old cookeey show would say - if Yan can cook, so can you!

Nigella would be proud, Miri.:) What a fabulous spread.
A very happy Pongal to you and yours!

Thanks for dropping by!!

Gr8 effort in having all at one go :)